I am standing again for election because I care passionately about the way of life in Camp and the Falklands in general. I am a 8th generation Islander and have always lived in the Camp. I now own the house at Hill Cove where I grew up and my parents lived for over 60 years.

I will touch briefly on some of the issues this incoming Assembly will have to face.

One of the main concerns I have for future of the Camp is the fact the Falklands are drying out year on year. If you talk to anyone who works the land on a regular basis you will hear the same story. So, what can we do about it? We can't tell Mother Nature to change her ways, but I would like to believe we can mitigate some of the effects she is having on our land. I would support the formation of a group of farmers/environmentalists /DOA/Falklands Conservation/ and possibly other organisations getting together and comparing notes on what has been done or what can be done in different areas.

I believe a level of funding for this from FIG should be made available.

climate change which is obviously a concern, and I believe the faster we can introduce more renewable energy the better for all.

While touching on the environment the possibility of salmon farming is obviously a controversial topic. I have to say for me, it is an easy decision to say an emphatic no to going down the route of introducing salmon farming into the Falklands. I have seen no evidence that the benefits outweigh the risks.

Our capital programme over the next ten years is huge, but if we are to invest in the future for our children and grand children decisions must be made to increase expenditure in certain areas.

As an example, if we do not invest in a port now where will we be in 20/30 years? Not in a good place I suspect.

However, all Government spending should be justifiable and explained in detail to the taxpayer how costs were reached and the rationale behind agreeing to them.

The incoming assembly must absolutely continue to support capital expenditure on road infrastucture, the ferry, FIGAS and FIMCO if Camp is to survive. As a (very ) regular user of both FIGAS and the ferry, I think I have a good idea of how these services may be improved, after listening to people on both East/West and very importantly the outer Islands. I would continue to support FIMCO, as it is an integral part of agriculture.

However we choose to spend our budget year on year, we will have to do it under the threats that Argentina still make in their attempt to destroy our economy. We have to continue to try and educate the rest of the world on the reality of our… 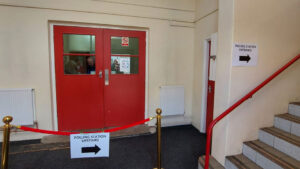 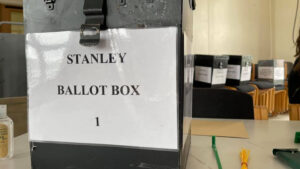