The RRS Sir David Attenborough (SDA) has arrived in the Falkland Islands for the very first time.

On this maiden voyage south for the Antarctic summer season, the £200 million vessel has stopped off in its home port, Stanley, to refuel and receive cargo before making the journey through Drakes Passage to the Rothera Research Station in Antarctica for its first season.

On Thursday 9th December, the vessel crossed the reporting line around 7am before making a slow run through to Port William, where it anchored across from the Narrows.

His Excellency the Governor, Nigel Phillips, Chief Executive of the Government of South Georgia and the South Sandwich Islands, Laura Sinclair Willis and Harbour Master, Jo Cox, went out on a launch to greet the ship and escort it into Stanley.

Harbour Master Jo Cox made the first radio communications with the ship as it entered Falklands waters, speaking afterwards she said: “it’s a huge moment for the vessel, the islands and for me personally.

“I’ve worked for BAS for 10 years, I’ve sailed on both the James Clark Ross and the Ernest Shackleton so to have the honour of welcoming the Sir David Attenborough in as the Harbour Master was a really big moment.”

Crew members on board the SDA stood on deck and held letters up to spell our “proud to be home” as the ship sighted Stanley for the first time.

Local mariners went out on boats to greet the vessel into port, as other members of the public went to view the entry of the ship from the coast at Cape Pembroke and Gypsy Cove.

Captain of the RRS SDA Will Whatley said: “We were delighted to be met by a small flotilla of boats as we came in.

“We are really genuinely very pleased to be here and do consider this to be our home port… it felt fantastic, it’s really great to feel so welcome.”

British Antarctic Survey research vessels have a long history of being linked to the Falkland Islands with both the RRS Ernest Shackleton and RRS James Clark Ross being registered to Stanley as their home port. Both vessels were retired from BAS service and sold in 2019 and 2021 respectively.

The RRS SDA, who replaces these two ships, continues the tradition of being Falkland Islands flagged.

His Excellency the Governor, Nigel Phillips, said of the ship’s arrival: “there is a historical connection between the British Antarctic Survey and the Falklands with vessels being flagged here, it’s fantastic that we’ve been able to carry on that tradition.

“It’s a real step forward for Antarctic science and research.”

The ship is one of the most advanced polar research vessels in the world with state of the art and specialist laboratories and scientific equipment, such as a moon pool which allows equipment to be deployed through the centre of the ship when it is surrounded by ice. The enhanced capabilities are designed to support research in the polar regions.

Captain Will Whatley added: “We’re really looking forward to putting her through her paces and putting all the capabilities that the ship has to good use in the Antarctic.”

The vessel leaves for the Antarctic on Saturday, but will be returning to the Falkland Islands again in January. 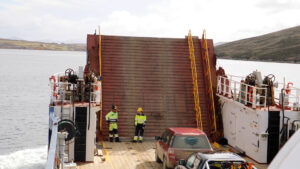 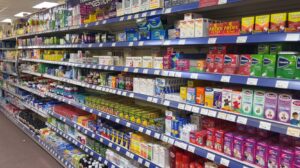 UK trade with the Falklands decreases by 9.7% 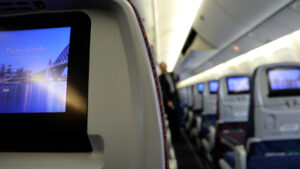 No flight resumption agreed yet, confirm FIG and LATAM 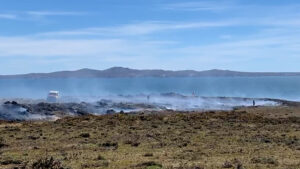 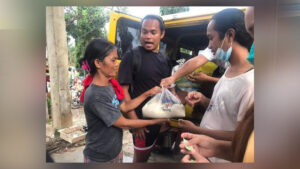 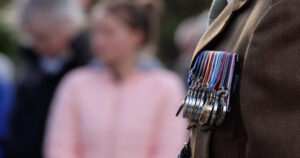 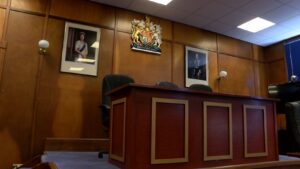 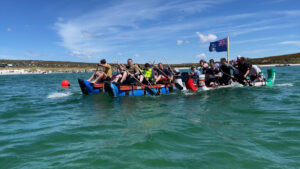